Video conference on Career in Defense and Civil Services


On 19th Dec 2015, students from our Vidyalaya attended in a video conference in Computer Lab of our Vidyalaya which was organized by Aseem Foundation. The topic of discussion was “Careers in Defense and Civil Services”. The program was hosted by Sarang Gosavi.


Students of hosts Vidyalaya displayed different items viz, Jugalbandi,  Yoga, Mass-PT, Martial Art and Band which made the inaugural programme a colourful one.
After that league matches of Kho-Kho & Chess was started and in Kho-Kho boys and girls of the VKV (NEEPCO) Umrangso was the Champion and VKV Ramnagar was the Runner-up. In Chess (Girls) Mayashree Singha of VKV Ramnagar was the Champion and Priyanka Das of VKV Badarpur was the Runner-up and VKV Borojalenga was got the Best Discipline Vidyalaya prize.
In Chess (boys) L. Anand for VKV Ramnagar was the Champion and Bijit Sutradhar of VKV (NEEPCO) Umrangso was the runner-up.
In the concluding session Sri Babul Hore, Gen. Secretary of D.S.A. Silchar and Joydep Nag National Chess Arbiter of Silchar were present to grace the occasion and they handed over trophies to the players.
In proposing vote of thanks Sri Kamalakant Baliarsingha, R.A.O. of VKSPV, Guwahati announced that next Cluster Sports Meet will be in VKV (NEEPCO) Umrangso. The programme was concluded with Shantimantra.
at 2:41 PM

On 28th Nov 2015, career counseling session on Information Technology (IT) was executed through video conference by Abhilasha Foundation. 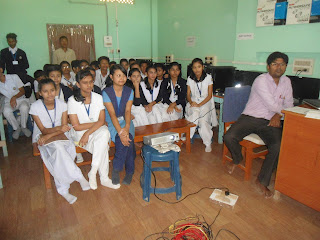 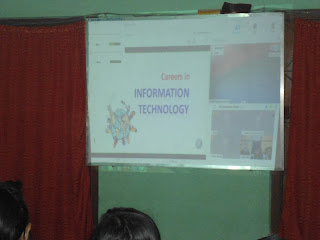 In this conference, students asked questions about chances of bright career in the field of IT, type of institute preferred for IT studies etc. Sarang Gosavi was the host of that conference and Mr. Sameer was the expert of that conference.
at 3:52 PM


During Annual Sports week by the end of Nov 2015, students of our vidyalaya has participated in different types of events... Below a few of good moments are shown...

On 3rd September 2015, on the occasion of   Madhab Deb Tithi we started our program with mangalacharan . Students of class-IV presented a song “Guru Brahma Rup Janu...” 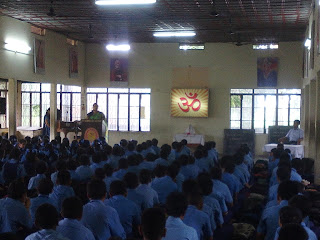 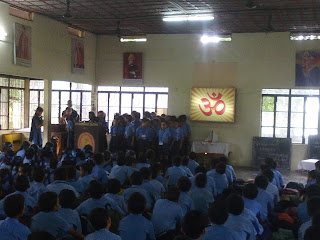 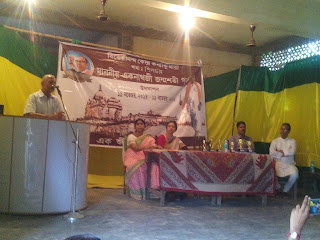 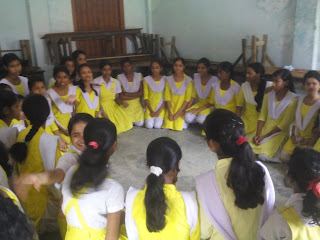 All karya Kartas tied Rakhi to the Teachers of that Vidyalaya. Asst. Registrar of Assam University, Sri Neharendu Dhar and Charter accountant, Sri Pannalal Bakshi were present. Total Participants were 145.
at 10:20 AM